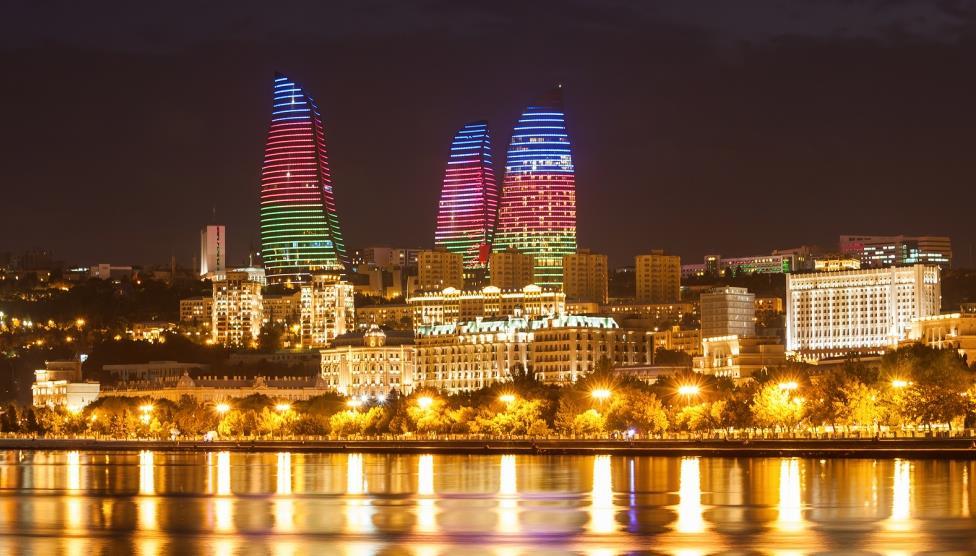 Azerbaijan has tripled its economy in the last 15 years and in the next 10 years the country aims to double its economy, based on the non-oil sector, and is preparing for a new wave of investment that depends on its ability to take advantage of the fourth industrial revolution. According to the World Investment Report-2020, Azerbaijan is among the top 3 transition economies in terms of FDI (foreign direct investment) inflows between 2014-2019, along with Russia and Kazakhstan, while Azerbaijan is the second transition economy in terms of FDI outflows during the same period. Among transition economies, FDI inflows to Azerbaijan are expected to decline much less than those to other transition economies, as Azerbaijan entered the crisis on a relatively more robust footing. Azerbaijan was ranked 54th out of 166 countries in the UN Sustainable Development Goals (SDG) Index, making it the top performer in the region, according to the Sustainable Development 2020 report.

Recently, Standard & Poor’s (S&P) Global Ratings raised the outlook on Azerbaijan’s ratings to “stable” from “negative,” while maintaining the long- and short-term sovereign credit ratings in foreign and local currency at “BB+/B.” S&P said that despite lower hydrocarbon prices and a slowdown in economic growth due to the COVID-19 pandemic, Azerbaijan’s fiscal and external positions remain among the strongest among sovereigns rated in the ‘BB’ category. Azerbaijan’s credit rating is one of the best among CIS countries. As a rule, significant growth in private investment follows sovereign rating upgrades.

As one of the most industrialized economies in Europe, Azerbaijan’s 48.7 percent share of industry in GDP exceeds the world average by a factor of two. As a result of the shift from extractive to manufacturing industries, the non-oil sector’s share of industry in Azerbaijan has been increased from 15 percent to 25 percent over the past decade. The non-oil and gas sector of industry increased by 12.5 percent in Azerbaijan in 2020, while the world industry was in recession. The industrial park in Sumgayit, the second largest industrial city in the South Caucasus after Baku, provides an opportunity to develop a petrochemical cluster. Azerbaijan has the opportunity to deepen and expand GVC participation in pharmaceuticals, electrical equipment, wood manufacturing and production of wood products, chemicals, rubber and plastic products, metallurgy, textiles, leather and leather products, construction materials, tobacco, food, beverages and so on.

21 state-owned companies and enterprises as well as business units with a share of state capital, such as SOCAR, Azerbaijan Airlines, Azerenergy, Caspian Shipping, Azerbaijan Railways, International Bank of Azerbaijan and AzerGold were transferred to the management of Azerbaijan Investment Holding (AIH). The establishment of AIH is related to the need to increase efficiency, set clear and quantifiable targets, and optimize state-owned enterprises, which are an important source of employment and economic growth in Azerbaijan. In addition, Azerbaijan has presented a new privatization agenda for 2021 on the portal www.privatization.az.

Azerbaijan continues to play a central role in ensuring Europe’s energy security while attracting investment. The Trans Adriatic Pipeline (TAP), part of the $45 billion Southern Gas Corridor investment project that transports natural gas from Azerbaijan’s Shah Deniz II field to Europe, became operational last December. Less than a month after the launch of TAP, Azerbaijan signed a memorandum of understanding with Turkmenistan on joint exploration and development of hydrocarbon resources at the “Dostlug” field in the Caspian Sea, another chapter for investment projects.