President of the Republic of Azerbaijan 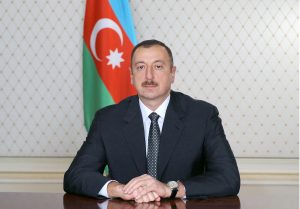 Ilham Heydar oglu Aliyev was born on 24 December 1961 in Baku.

In 1991-1994, he was engaged in a private business sector and headed several private industrial and commercial enterprises.

From 1994 to August 2003, he was vice-president and first vice-president of the State Oil Company of Azerbaijan Republic (SOCAR). He has been actively involved in the implementation of national leader Heydar Aliyev’s oil strategy.

He has been president of the National Olympic Committee of Azerbaijan since 1997.

Mr. Ilham Aliyev is fluent in Azerbaijani, Russian, English, French, and Turkish languages. He is married and has three children and five grandchildren.